International Flair at Gator By The Bay

The lure of American roots music extends far beyond our shores, as evidenced by several international artists appearing at Gator By the Bay this year. Blues, R&B, and jazz may have their roots firmly planted in American soil, but their appreciation is universal, needing no translation when infused with German, Swedish, or even Indian influences.

From Sweden to Gator By the Bay comes multi-award winning Gunhild Carling, AKA “Sweden’s Queen of Swing”. A versatile and accomplished musician, she plays trombone, bagpipes, oboe, piano, trumpet, recorder and harp—sometimes all in one song! (She has even been known to play three trumpets at once.) You might also catch her breaking into song or a tap dance; in fact, in 2014, she came in third on the Swedish celebrity dance show, “Let’s Dance”. If you don’t think that bagpipes are an instrument for swing music, click here and see how she totally rocks them. And for big fun, watch while she Charlestons and tap dances through her trombone and vocal swing/jazz performance of Madonna’s “ Material Girl” here.

Gunhild tours worldwide not only with the Gunhild Carling Big Band, but as a leading member of the  Carling Family Band—three generations of family members who all play several instruments, dance,  sing and entertain in modern Vaudeville style while presenting their hot, energetic jazz of the 1920’s. 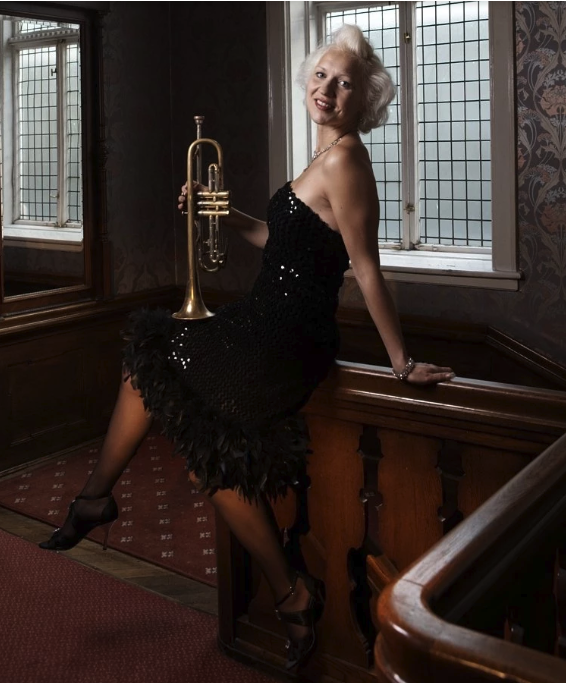 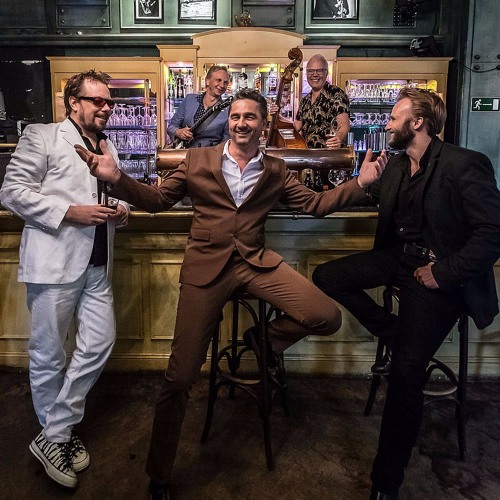 The Blues are alive and well in Germany, and at the “West Coast Blues Review” show on Friday night at Gator By the Bay, you’ll see some German artists who know how to get down! Award-winning BB & The Blues Shacks hail from the north German city of Hildesheim and have been entertaining with a mixture of soul and rhythm & blues for 30 years. They have travelled the world, playing from Dubai to Doheny, from small clubs to festivals in front of 10s of 1000s. Frontman Michael Arlt (vocal and harp) has long been at the forefront of European blues and soul singers. His brother Andreas Arlt, known for his powerful yet elegant style of play, is considered a “world-class guitarist”. Fabian Fritz skillfully sets his accents on the piano and the organ, while Henning Hauerken (double bass and electric bass) and drummer Andre Werkmeister deliver the drive and groove. Says San Diego’s own Earl Thomas, after seeing BB  & the Blues Shack at Doheny Blues Festival a few years ago, “Theirs is authentic high powered blues, but with an honesty and sincerity that would make ‘the ancestors’ very proud! I’m a fan. Rock on soul brothers!” Check out BB & the Blues Shack in videos here and here.

There must be something potent in the water in Hildesheim, a small city near Hanover, Germany, because appearing during that same set with BB & the Blues Shacks and Little ‘A’ & the Allnighters is Till Seidel, another Hildesheimer who caught the American Blues bug. He began playing guitar at 14, and soon became enthralled with the music of the “Chess Records” blues greats, like Muddy Waters and Howlin’ Wolf. “In the beginning, it was not even about the lyrics, but the way to play music,” he remembers. “It was rough and honest and had rough edges.” These days, he gravitates to the blues that came out of the 1960s “…BB King, Freddie King and Otis Rush,  Little Milton, Bobby Bland and Al Green—in the 60s so many elements of blues and soul mingled in the R&B, and that’s what gets me going.” Till appeared with BB & the Blues Shack on a previous California tour, and Lil A and Till Seidel were featured performers at 2018 Jazztime International Festival in Hildesheim Germany (see a video here).  The Till Seidel Band has backed up Lil “A” for several shows in Seidel’s homeland, and now Little ‘A’ &the Allnighters are returning the favor. 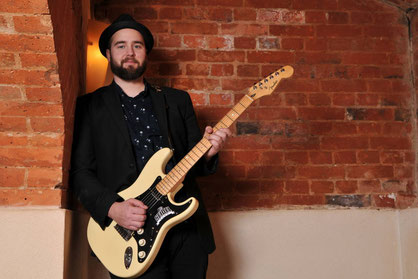 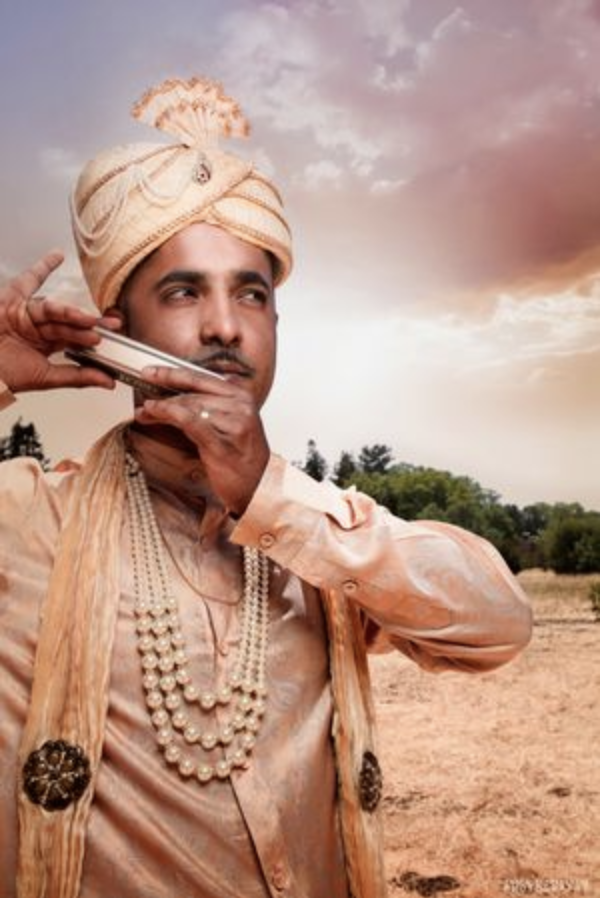 At the intersection of the Blues and Bombay (yes, as in India), you’ll find Aki Kumar & Bollywood Blues. Indian-born, San Jose-based, Aki Kumar, aka “The Only Bombay Blues Man,” left his home in Mumbai (Bombay) to study in the US and work as a software engineer in Silicon Valley. But then he discovered the Blues. Singing and playing harmonica, he steeped himself in the music and soon developed a unique, audacious blend of Chicago-style blues blended with, of all things, retro Bollywood pop. When he first began playing, he tried to downplay his ethnic roots to gain cred as a straight-up bluesman.  Eventually, however, he began integrating elements of Indian music, resulting in a mashup unlike anything else, that intrigues, but never loses sight of its foundation in the Blues. About his second album, the 2018 Hindi Man’s Blues, Aki explains, “My first album, Aki Goes to Bollywood, was really about my identity. Now I feel it is time to be more direct about what’s happening out there in the world. The blues scene is my home, and I want people to know where I stand.” Get to know Aki a little in this video from KQED Arts, and check out this amazing mashup of Blues, Bollywood, and Mariachi!

Gator By the Bay has gained a reputation for presenting an eclectic lineup of artists with a variety not found anywhere else, and in 2019, we’re doing it with an international flair!

About the Author: Jasmine Mesbah